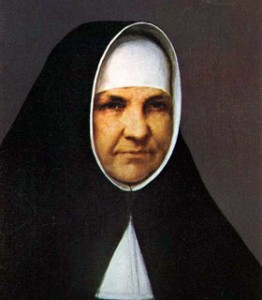 Katharina Kasper was born May 26, 1820 in Dernbach, Germany. The Congregation of the Poor Handmaids of Jesus Christ was founded in Germany in the year 1851.

Today there are Poor Handmaids of Jesus Christ in Germany, Netherlands, USA, England, India, Mexico, Brazil, Kenya and Nigeria. Belong to an international congregation means, a learning curve for us and as aresult we have gradually grown in understanding what it means to be an "International Congregation".

We are learning together : 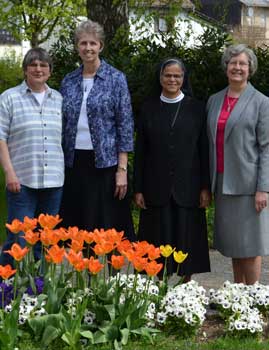 In the spirit of our Foundress they try to fulfill their responsibilities in the Congregation, which are given to them through the Constitutions and which the General Chapter assigns to them.

The prime responsibilities for General Leadership is to promote unity within the Congregation and keep alive the awareness of internationality in the provinces, regions, and mission groups, and to put new life into the charism and spirituality of Blessed Mary Catherine.

On May 2nd the General Chapter Delegates elected the following General Councilors: Sr. Annemarie Kampwerth, Vicaress; Sr. Shirley Bell and Sr. Barbara Spiegelhoff, together with Sr. Gonzalo, General Superior, as the newly-elected team for 2013-2019. Congratulations to all!

It has only been in the past forty years our Congregation was called to India and since then we have followed the call to care for the needy in our country through, Education, Health care, Social work and many other frontline ministries.